How we Forfeit What God has Prepared for Us: A Lesson from Judge Deborah 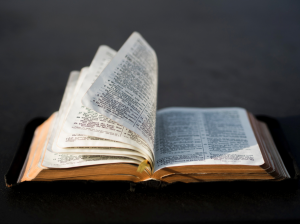 Now Deborah, a prophet, the wife of Lappidoth, was leading Israel at that time. She held court under the Palm of Deborah between Ramah and Bethel in the hill country of Ephraim, and the Israelites went up to her to have their disputes decided.

There are so many great things that God has prepared for us, not just in heaven but also here on earth. But have you ever wondered why some of God’s promises don’t come into fruition?

Think about this for a moment.

How is it that we don’t experience the many blessings God has given us? Well, you may be blaming the devil, but when you are the one that is forfeiting God’s blessings in your life. Now, this is not meant to condemn you but to help you find out why some things are not manifesting in your life.

The story of Judge Deborah and Barak brings to light how we forfeit what God has prepared for us. Judge Deborah is a woman in the Old Testament who wore many hats.  She was not only a judge but also a prophet, a songwriter, and a wife.  Many people see her as one of the heroes of the Bible, and with good reason, she was a woman of courage and faith.

Let’s dig a little deeper on her story with Barak

See, Israel had gone into captivity because of her sinful ways.  God sold them in the hands of the King of Canaan, whose name was Jabin. Jabin had a commander called Sisera, who oppressed the Israelites so much so that they cried out to God. God answered the cries of the Israelites by instructing Deborah, their leader, to tell Barak to lead the Israelites into battle against Sisera. (Judges 4:1-3)

But, here’s the thing:

Barak accepted to lead the Israelites only if Deborah accompanied him. It is important to note that God was already with Barak.  He would have won the battle without the presence of Deborah.  But it seems Barak did not see it that way.

Deborah accepted to go with him but told him that victory would be in the hands of a woman, and that ended up being Jael.  So basically, Barak forfeited God’s plan of honoring him by asking Deborah to accompany him when already God had handed the enemy into his hands.

What can we learn from this story?

Fear will cause you to forfeit God’s plan for you

If you allow fear to lead, then you’re going to forfeit the blessings God has for you, and other people may be celebrated for something that was supposed to be yours. We need to learn how to be strong because where God leads, he provides.

Partial obedience is still disobedience in the eyes of God.

While God is gracious and he still allows you to do stuff partially, you will not receive all that he has prepared for you when you disobey him.  Your assignment may be big and impossible, but nothing is impossible with God. He has already made you successful through Christ.

When we look at Barak’s reaction, we can say that he did not believe wholeheartedly in the presence of God. He needed Deborah there as an assurance that God was with him during the battle.  (Judges 4:8)

There will be times when you will not feel the presence of God, but that does not mean that he is not with us. God will never leave nor forsake us.  He is always leading and guiding us in the way that we should go.

God has given us his resources to manage.  But to do so, we need to obey and follow his leading. Always practice the presence of God and do what he has told you to do irrespective of how fearful you’re.